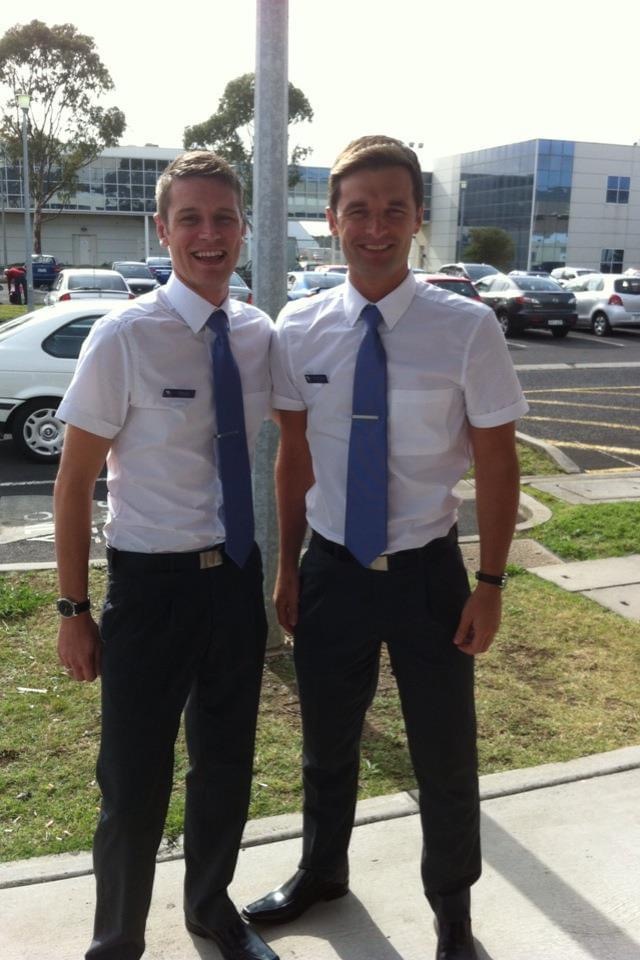 I moved over to Australia in 2005 to Brisbane. I was there for nine months but then moved to Melbourne in November 2005 for a promotion and have lived there up until now.

I previously worked for Virgin Australia Airlines as Cabin Crew/Inflight Support Crew Member and was there for almost nine years. Then with the Covid-19 pandemic which was catastrophic for the airline industry, I opted to take a voluntary redundancy due to being over crewed given the flying schedule and demand. So, I'm currently sending out job applications hoping to find something soon which will begin my new chapter.

Melbourne reminds me so much of Wellington- the arts and cultural aspects are phenomenal when not in a pandemic haha. The cafes, restaurants and bars are an amazing experience. It pretty much has everything you want from a city. The weather is exactly like Wellington’s as well, just minus the wind factor. There is always something on in Melbourne, the people are friendly and the general vibe of the city is awesome and very chic.

Since Covid-19 hit in March and being out of work since then I dabbled in a lot to keep myself busy and sane. I started baking bread, cookies and cakes which turns out I am actually pretty good at. I also started doing my paper craft models, which are really cool and amazing, but they do test your patience at times. I have also been studying throughout the pandemic to get my accounting and bookkeeping accreditation which I finish at the start of next year. I also have a digital piano at home and love music so I self taught myself how to loop electronic sounds to make music - pretty much is a variation of DJing.

When the pandemic first hit, there were a couple of days that I really had to decide what my plan of action was going to be - Should I just up and leave Melbourne to head home to New Zealand? Or do I bunker down in Melbourne? Being out of work for so long was the biggest challenge. Finding things to keep yourself busy was a struggle sometimes and I found myself sitting on the couch in front of the TV a bit.

Melbourne also had two waves and two seperate lockdowns which really took its toll. I have family in Brisbane but with boarder closures, a big challenge was knowing that I would be in Melbourne by myself until this passes and ultimately having to rely on technology to stay in touch with family.

I actually gave up alcohol a few years ago now, believe it or not. But back when I did consume a glass or five (hahaha) I always was known to have a glass of red wine and a beer. So - both!!!!

Without a doubt Chinese for shizzle!!!!

I would say a bit of both aye, but if by gatherer you mean hoarder, then perhaps maybe a gatherer as the amount of random things I hold onto for years is a bit bad. I just like to get the use out of everything I purchase and without the original box a collectable is worthless, haha I am struggling to find places to keep all the boxes.

I love a challenge, if I don’t have that in a job then I find I can lose interest quickly. Also when I can share my skills with new people whether in a job or everyday life. I like to help and if I can make someone smile then great.

I can fit my whole hand in my mouth hahaha don’t ask me how I managed to work that out though.

Being back at home with my Mum in Martinborough. It’s peaceful, and can see the stars so clear at night. And nothing beats my Mum’s roast (why I always request it on every visit home).

Working for an airline there are many travel stories that are hysterical. But this story was when I was working for Virgin and we had a guest that we were paging as he was checked in but not onboard. Anyways after he boarded the captain rang through and said that an undeclared firearm had made it through security and was picked up prior to loading it on the aircraft. So the airport was locked down due to this and everyone was re-scanned. Anyways turns out that the bag in question with this firearm was the guest who almost missed the flight. The federal police came to the aircraft and he was off loaded and when he was getting questioned it turned out that the firearm was actually a gun controller to use with Xbox. Lol all that for a controller so yea if you think you wanna take one with you on a trip perhaps don't.

If there was one thing you could recommend to someone about to go on there OE, what would it be?

If you want to go somewhere or see something then do it. Don’t miss out on it just because it wasn’t offered on a tour or Contiki. The most amazing experiences come from experiences which are not planned. So have a start and end to a trip but everything in between just wing it and see where it takes you.

That my nickname Ace was given to me not because I’m #1. But because I look similar to Jim Carrey. Although a much younger Ace though.

I have had this thought in the back of my mind for some time now. I'm still deciding. I guess it will depend on potential job opportunities that arise in Melbourne. But I must say I am leaning towards coming home, it’s just a massive decision after calling Melbourne home for 15 years. Not to mention I am a gatherer and the amount of stuff I have would fill an entire aircraft and that would be a little expensive to get it all back home.

Well it would have been my piano until my mum sold it because I was in Australia. Hahaha. So now I would say it’s my lego and few other things that I had growing up. It is surprisingly very therapeutic.